We believe climate change is the one of the greatest threats to our future, with undeniable links to business and financial investments. The vast impacts of climate change threaten our health and safety, our environment, and the global economy, which consequently places the CalSTRS investment portfolio at risk. Our goal is to make sure educators working today can afford to enjoy a healthy and secure retirement.

Solutions to climate change are critical to achieving this goal, but they will not happen overnight. They require a holistic approach that acknowledges both the complexity and the urgency of the global challenge. We are focused on our mission while taking an active role in addressing climate change.

We are implementing our net zero action plan and continuing to lead and align with the global movement of governments, investors, and companies who are addressing climate change.

The Teachers’ Retirement Board pledge to achieve a net zero greenhouse gas emissions portfolio by 2050, or sooner, is a holistic, enduring commitment to combat climate change. The pledge includes a four-part implementation framework:

We are not waiting. We are taking steps now to reduce emissions from our portfolio in both the short and long term. In the short-term, we are preparing for success, engaging companies to reduce greenhouse gas emissions, expanding government policies and investing in climate solutions:

Preparing for success through:

In the first half of 2022, staff established baselines that identified:

In the second half of 2022, staff will develop recommendations to:

Engaging companies to reduce their emissions by working independently and in coalitions, while using all available engagement tools.

Duke Energy committed to net zero emissions by 2050. Duke is providing cleaner energy to customers, shifting to lower- and no-carbon sources, maintaining reliability and charging rates below the national averages. Duke also made the following commitments:

Southern Company committed to net zero emissions by 2050. It has also designated 2028 as a target for retiring more than half of its remaining coal-fired power generation fleet.

Nippon Steel committed to becoming carbon neutral by 2050. Its 2050 carbon neutral climate goal leverages Nippon Steel’s energy efficiency methods. By 2030, the company plans to introduce a mix of hydrogen into its steel making process, reducing the use of coal. By 2040, the plan calls for a 100% hydrogen mix that eliminates carbon emissions in the production of steel.

Dominion Energy committed to net zero by 2050. The Dominion Energy Integrated Resource Plan 2021 Update describes a plan that retires almost all its coal generating units by 2030.

Daikin Industries committed to net zero by 2050. The short-term strategy known as Fusion 25 calls for lowering emissions throughout the life cycle of its products by 50% or more by 2030. The plan also focuses on reducing energy usage.

Toray Industries has committed to a 30% reduction in greenhouse gas emissions. The company outlines its plans through its vision 2030 plan.

As part of Climate Action 100+, CalSTRS staff will evaluate each company’s progress through the initiative’s annual benchmark scoring update, which was released March 2022.

ExxonMobil: Though not one of our Climate Action 100+ focus companies, we supported a monumental campaign that resulted in the election of three candidates nominated by Engine No. 1 to the ExxonMobil board. In January 2022, Exxon Mobil announced a net zero by 2050 pledge from its scope 1 and scope 2 emissions.

The company plans to meet this goal by focusing on energy efficiency measures, reducing methane leaks, upgrading equipment, and eliminating the venting and routine flaring of natural gas. While the announcement is a step in the right direction, the plan does not address scope 3 emissions, or those generated from consumer use of Exxon products. Scope 3 emissions make up a significantly larger portion of emissions linked to the company.

Expanding government policies by working independently and in coalitions to shape laws and regulations at the state, national and international levels that will speed up reductions in emissions. This advocacy includes writing letters, testifying in government hearings and speaking publicly.

Methane emissions, the most potent greenhouse gas, will be more tightly regulated. The Environmental Protection Agency proposed updates to the Clean Air Act to reduce methane emissions from the oil and natural gas industry. This proposed rule would reduce 41 million tons of methane emissions from 2023 to 2035, more than the amount of carbon dioxide emitted from all U.S. passenger cars and commercial aircrafts in 2019.

Companies will be required to provide better climate-related disclosure to investors. We supported the mandated climate disclosures and an SEC requirement for companies of all sizes, and in all industries, to disclose both direct and indirect emissions.

Oversight of U.S. financial stability now includes climate change. We supported a federal bill that establishes a climate risk advisory committee at the Financial Stability Oversight Council. The FSOC is significant because it provides comprehensive monitoring of the stability of our nation’s financial system.

Investing in solutions by investing in companies that provide returns while reducing emissions in a variety of ways, such as producing renewable energy or constructing and managing buildings that meet the highest standards for energy and water efficiency.

Since 2004, CalSTRS has actively integrated climate-oriented solutions into our portfolio. As more of our asset classes found investment opportunities, we accelerated this integration and have invested more than $20 billion in low-carbon solutions. Examples of these investments include:

CalSTRS is part of global coalitions seeking improved disclosure and action to address climate risk. CalSTRS is actively involved with:

CalSTRS acknowledges there are interested parties and stakeholders calling for fossil fuel divestment. Divestment is a last resort action that can have a lasting negative impact on the health of the Teachers’ Retirement Fund, while also severely limiting our ability to shape corporate behavior for long-term sustainable growth. 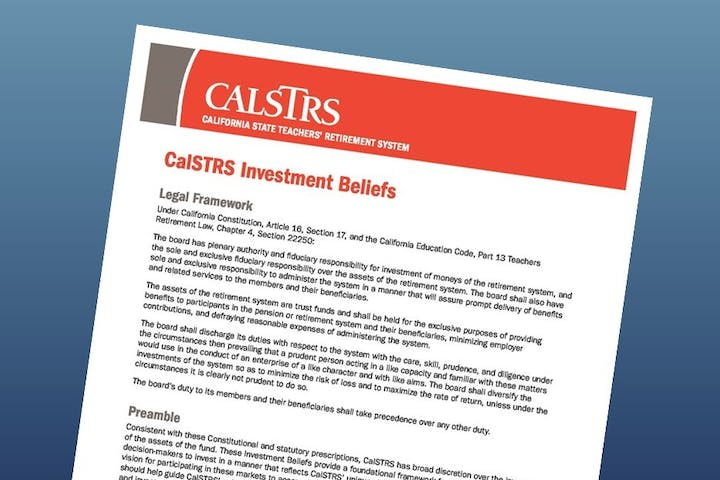 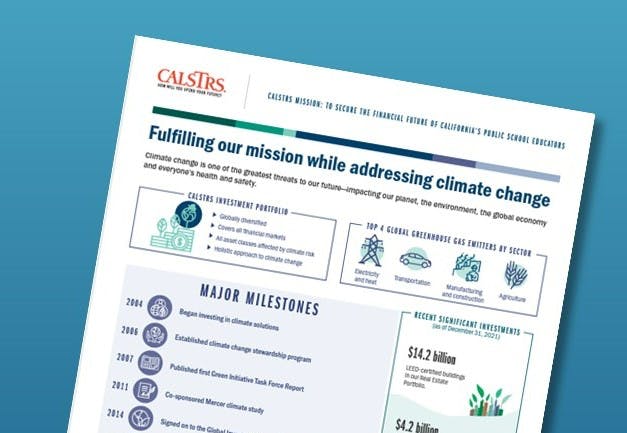 Climate change is one of the greatest threats to our future—impacting our planet, the environment, the global economy and everyone’s health and safety. 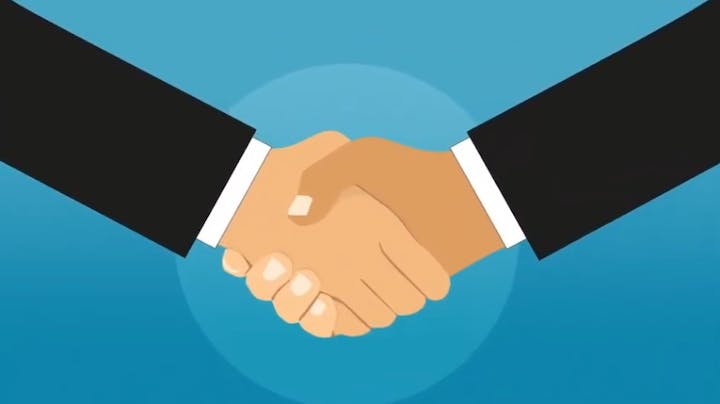 As a significant investor with a long-term investment horizon, engagement is a critical tool to influence changes in policies and corporate practices that support long-term value creation.